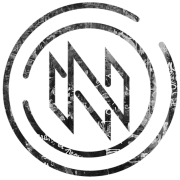 Wireframes can help us create a solid foundation for the product design, but what do they look like? What should be included? Discover it all in this guide!

Wireframes are a common topic of debate in the UX design community. Are they meant to have any visuals at all? Do we need to have real content? Do we make several wireframes or just the one? Do we use wireframes with our design teams and stakeholders too?

They’re meant to be ridiculously simple, but there’s still a lot of factors to consider when making one. That’s why we decided to make a one-stop-shop for everything you need to know regarding wireframes. Read on for a complete step-by-step guide that covers both the theory and practice of wireframing!

What is a wireframe?

Wireframes are often compared to blueprints of buildings. In practice, they work as a map that helps the team settle on the crucial answer: what goes where?

A wireframe is a simple representation of a product’s design. They’re incredibly useful at the beginning of any design process because they represent a way to quickly get ideas down. Because they tend to focus on the big questions like the general space and layout, they help designers focus on the more functional aspect of the design before moving on to the finer details.

One of the things that give wireframes their massive popularity is that design teams can create several of them and then compare for the best option. A wireframe has the power to improve communication in the design team, by giving the team something tangible to discuss. They can bring the testing into the first few phases of the design process, helping the team create a sound product that users can love.

We have two predominant types of wireframes: low-fidelity and high-fidelity. These two aren’t set in stone, as teams will often move from low to high-fidelity slowly. With each new round of details added, more testing is carried out and so on until we have a realistic wireframe that looks and behaves like the real thing.

In contrast, high-fidelity wireframes will often include more detailed interactions and visuals. Ultimately, if you have the right tool at hand you can realistically wireframe a design. Design teams will take the time to slowly build on the design as they get more clarity on where they’re taking the product, increasing the fidelity of the wireframe. Towards the end, the line between a realistic high-fidelity wireframe and a high-fidelity prototype can be quite blurry.

Why you need to wireframe designs: the benefits

Despite how popular wireframes appear to be, there’s bound to be holdouts. To some designers, wireframes might seem like an extra step that doesn’t add that much value to the production process as a whole. But if that’s the case, why do so many design teams bother to make them?

The answer is that UI wireframes do add value, in their own way. A wireframe is meant to help you take an imaginary idea and bring it into the realm of reality. It’s often that something sounds good in our heads, but leaves us feeling underwhelmed when we see it for real. A tangible wireframe can change the way we feel about the layout and expose aspects that didn’t work as well as we originally thought.

Another way in which design teams take full advantage of wireframes is that as rough around the edges as they may be, you can still test them. Even if we’re dealing with a bunch of boxes on paper, it’s always worth seeing how users react to it. Initial testing needs to be taken with a grain of salt because of how basic they are, but they can still guide you nonetheless. When it comes to things like validating the primary navigation, a wireframe test can go a long way.

Wireframes are cheap and easy to put together, making them ideal to compare initial designs and simply build on the best one. Rapid wireframing allows the team to write down all the possible routes so that no stone is left unturned. Once we can settle down on a winning design, the team can move forward with certainty that the foundation of the product is solid.